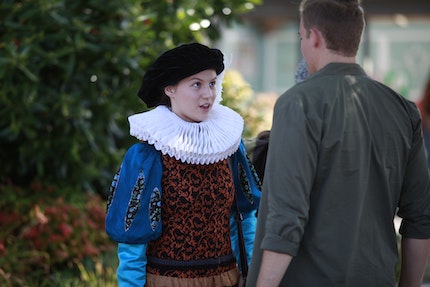 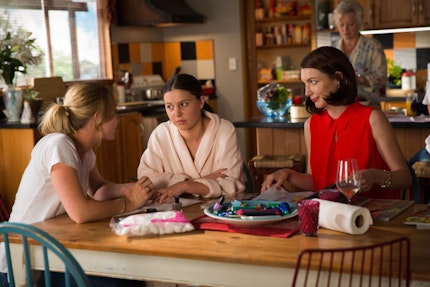 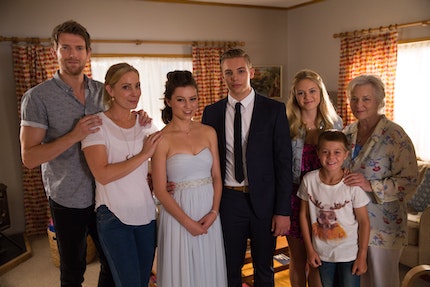 Dave finds that being the boss isn’t all fun and games. Cara attempts to make over geeky Scarlett for the school ball.

Dave enjoys being the boss, dishing out free drinks and partying, while Cara tries not to feel bored with her new role as domestic goddess.

When weirdo Scarlett is unexpectedly invited to the school ball by popular and handsome Kash Connor, Cara is delighted to have a project – she will help Scarlett to be the belle of the ball. But Jasmine discovers Kash only invited Scarlett as a dare, he’s not going to show up on the night. A furious Dave is aware of how invested Cara is in Scarlett’s night so he pays Kash a visit, insisting that he take Scarlett to the ball as promised.

The ball is a success with Dave ensuring that Scarlett has extra street cred when he arranges an after-ball party at Azza’s place.

The next day, Cara is eager to hear how Scarlett’s night was and is shocked when she casually reports that she did sex, drugs and alcohol. Cara finds out what Dave did for Scarlett and is touched that he cares.

But the sweet moment is ruined when Cara recognises the Playground’s new waitress – Georgia, a very recent ex-fling of Dave’s. Xandra tells an interested Georgia that Cara and Dave are unbreakable, but Georgia isn’t deterred. She likes a challenge. Watch out, Dave and Cara…