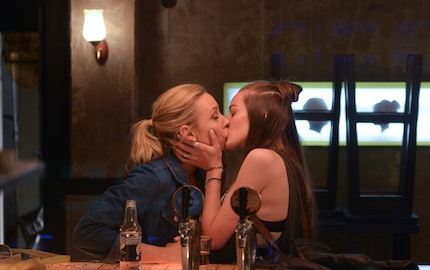 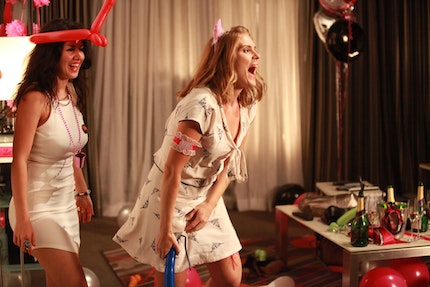 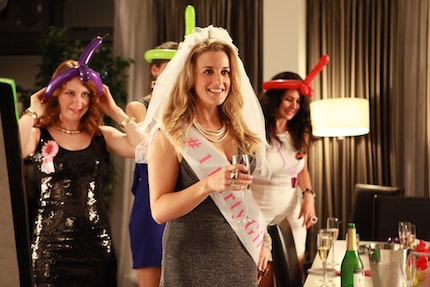 Georgia has her eye on Dave, but also on Cara. Jen discovers her past on another woman’s butt.

Cara is trying very hard to be relaxed and trusting as Dave works closely with the flirty Georgia. When Jen begs her to help out with work - a bridal pamper session - Cara guesses it will be a good distraction. But Jen is horrified when she realises that the bride she’s massaging is marrying her favourite ex-boyfriend Sal.

It could be awkward but then Jen discovers that the bride has never heard of her, and she is upset – why hasn’t Sal been hating on her to his fiancée? Annoyed that Jen is being irrational and chaotic again, Cara seeks refuge in the bar where Georgia attempts to clear the air – and then kisses her passionately. Turns out that Georgia doesn’t just have her eye on Dave, she thinks the three of them could have fun together one night. Cara worries that Dave is tempted – is this what guys his age do?

Then when Jen accuses her of being a prude, a defiant Cara lets Dave know that she wants to consider Georgia’s proposition. But will Dave and Cara go through with letting someone else into their bed?

‘STEP ON IN’ Written by B. Tipene / J. Parkes (Control) Performed by Benny Tipene Courtesy of Sony Music NZ Ltd