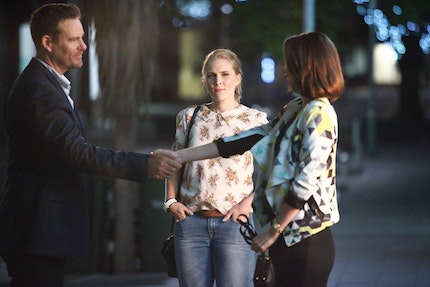 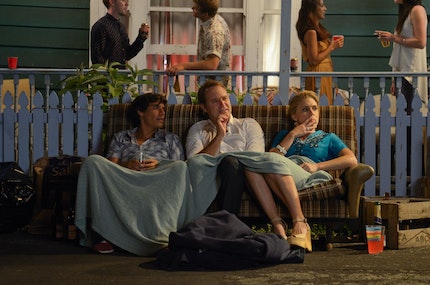 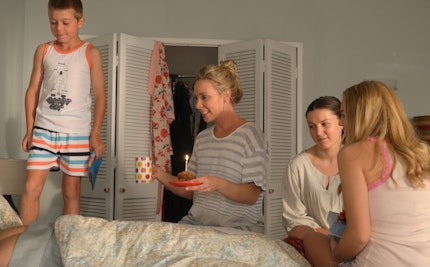 Dave hits the quarter century! Julia has a no-consequences one night stand which has big consequences.

Cara and the kids are excited that it’s Dave’s 25th birthday, even though he tried to hide it from them. Cara organises a birthday dinner but is thrown when Dave casually mentions that his dad is in town.

Meanwhile, Julia is out looking for casual meaningless sex, to help move on from her marriage. She meets a tall handsome stranger and goes back to his hotel room, unaware that he is Dave’s father, Warren.

When Julia finds out who he is, she tells a horrified Cara, who wants to keep it secret from Dave – he’d be gutted if he knew his dad cheated on his mum.

There’s a party at Azza’s, during which Jen and Phillip get stoned and enjoy the night together – perhaps a little too much.

When Cara learns from Betty that Dave has been keeping another secret from her, she’s upset but realises she must be honest too. Though she knows it will hurt him, Cara tells Dave the truth about his cheating father.