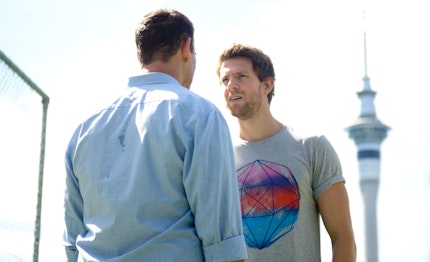 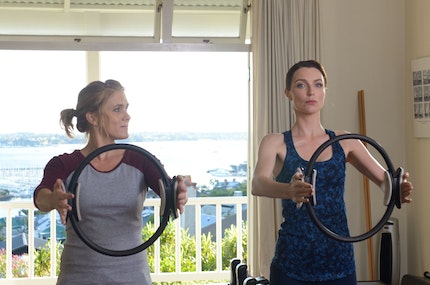 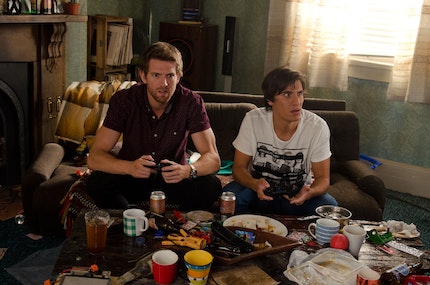 Cara is caught between her lover and her sister. Scarlett and Jasmine are on a rescue mission.

Dave is in denial about his father’s fling with Julia, ignoring his calls and hanging out with Azza instead. Betty urges Azza to do something about the leaky roof at the flat.

Cara worries about Dave avoiding his father and so arranges for Warren to come over. But Dave is unimpressed when Warren shares his secret for a successful marriage – variety, or discreet cheating. Dave wants Warren to be honest with Natalie or Dave will tell her about the cheating.

Meanwhile, Cara is happy to have made up with Jen, but worried when Logan wants to sing at the school talent quest – he’s a terrible singer. Scarlett and Jasmine urge Cara not to let Logan sing, but she doesn’t want to squash his dreams.

Azza attempts to fix the leaky roof but meanwhile Michael is horrified that pregnant Betty isn’t being looked after properly. He offers her his spare room and Betty accepts – she’s leaving Azza.

Dave takes out his anger at his dad on Julia, who goes to see Warren to give him a serve. Cara’s attempts to soothe Dave are thwarted when he gets a call from a worried Natalie – apparently Warren is not coming home.

Dave and Cara go to the hotel only to find Julia there with Warren. He announces to a shocked Dave that he is leaving Natalie, as he is in love with Julia.

‘BETTER OFF ON YOUR OWN’ Composed by J.Toy (Control) Performed by She’s So Rad Courtesy of From The Crate Records

‘COOL IT’ Written by A. Sami (Mushroom Music Publishing) Performed by She’s So Rad Courtesy of From The Crate Records