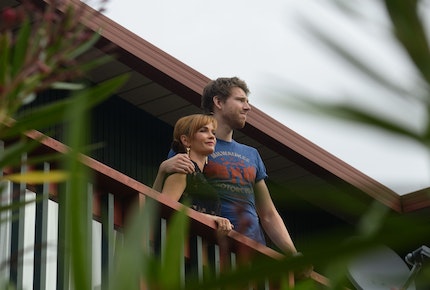 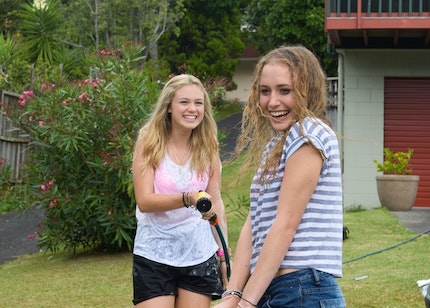 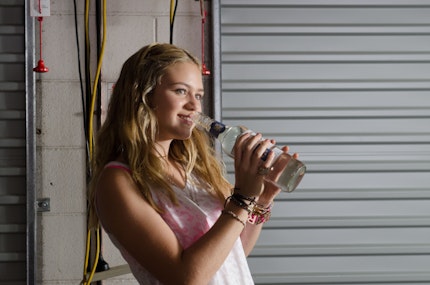 Cara is left minding the mother-in-law while Dave tries to save his parents’ marriage.

Natalie turns up at Cara’s and Dave effortlessly lies about Warren’s whereabouts, forcing Cara to go along.

Meanwhile Hugo stashes dodgy vodka in Cara’s garage. Dave seeks out Warren, imploring him to return to Natalie, but to no avail, and Warren heads to Cara’s to end his marriage.

Jasmine, and new BFF Rose are raising money for Jasmine to visit her boyfriend in Australia when a pervy passerby gives them the idea of selling sexy carwashes. But the girls are gutted when Marion insists they give the money to charity.

Cara and Dave are surprised to find Natalie and Warren closer than ever, Warren having lied to Natalie about a mild mid-life crisis. The men head to Julia’s to collect Warren’s things.

Meanwhile Marion drops the bombshell that she is leaving for an O.E. with her pen pal Percy. Betty turns up at Azza’s, but is only after sex. Azza dubiously complies.

Warren sleeps with Julia again, convinced he’s in love with two women. Dave talks Warren into returning to Natalie for good. But back at home Cara is forced to tell the truth to Natalie. Dave is angry, but Cara is more concerned that Dave is a liar like his father.

Natalie stoically accepts the affair, and she and Warren head to Malaysia, leaving Cara to break the news to Julia. That night Cara and Dave make up between the sheets.