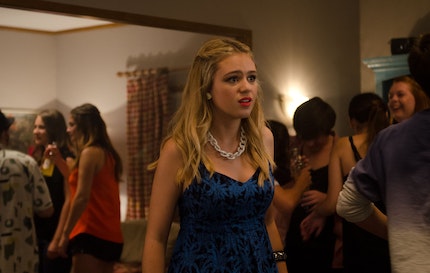 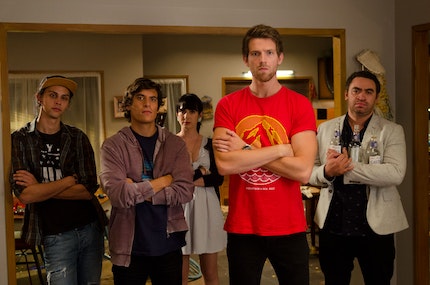 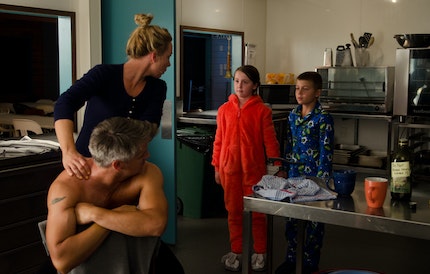 Cara endures school camp while Dave is left in charge of the teenagers.

Marion leaves on her O.E. Dave volunteers to look after the girls while Cara is on a school camp with Logan. Having recently got off on the wrong foot with Eugene, Rose’s dad, Cara is dismayed to discover him at Logan’s camp (he’s also Abby’s dad).

Jen tries to deny the sexual tension between her and Phil, but is jealous when Georgia says she’d like a crack at him.

At camp things thaw between Cara and Eugene when Eugene comforts an upset Logan, and then more so when Cara and himself share smuggled in wine.

Meanwhile Xandra calls Dave, demanding he come into the bar to relieve Hugo. Dave has to trust the teenagers for a few hours, but he’s barely at work when Marion calls from overseas telling him that there is a party at home, posted all over Facebook. Dave, along with reinforcements, heads back to deal with a trashed house and wasted teenagers.

Meanwhile Jen is on a mission to stop Georgia and Phil’s date, but awkwardly disrupts dinner between Georgia and her father. She then seeks the real Phil out, and they finally make love.

Cara returns home and is disappointed and embarrassed that Dave let things get out of control, and they have a huge fight. How did things turn so bad so fast?