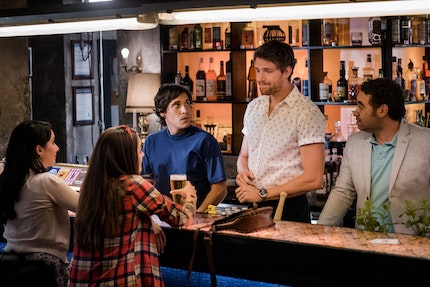 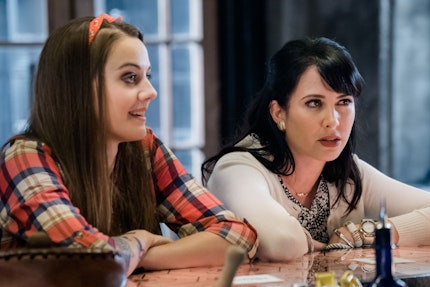 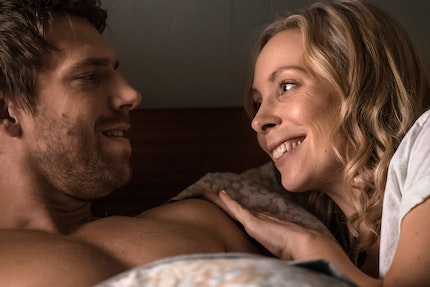 Stewie is back and wants something from Cara. Dave is creeped out by Jasmine’s naughty friend Rose.

Stewie is in town, and Cara and Dave fear that he might want to sell his half of the house. Jen and Phil are relentlessly getting it on, though Jen feels guilty for keeping it from Julia.

Azza is worried about Michael’s motives, but Dave tells him that old guys have nothing on young bucks. ‘Rosabee’ King, Eugene suggests a business merger with Temptation Spa, and Jen and Cara are over the moon.

Dave is bemused when Stewie turns up at their BBQ, with lovely fiancé, Pip, in tow, acting like his best friend. Stewie doesn’t want to take the house from Cara. He wants a divorce. Celebration all around!

Jen raises concern from Eugene when guilt fuels her to drunkenly rant at him about all her shortcomings.

Xandra convinces Azza that to get Betty back he needs to clean up his act. But in the process of helping him do so, Xandra falls for him, and thwarts her own plan by taking him out to dinner.

While Cara and Stewie are signing divorce papers, Dave accidently tells Pip that Stewie walked out on Cara while she was pregnant with Logan.

Eugene busts Jen and Phil at Temptation Spa, and relays hesitation with Cara. Jen covers, and their business deal is back on track.

Pip calls the wedding off, and when Stewie realises that Dave is to blame waves the red flag about Eugene. Dave is alarmed to realise he’s right.

'LIVING THE DREAM' Written by M. Bridgman-Cooper / K. Scott (control) Performed by Kittens Of The Internet