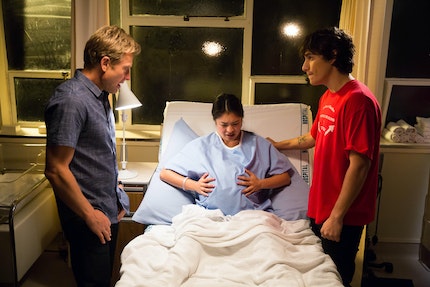 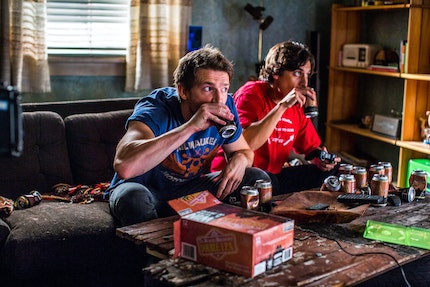 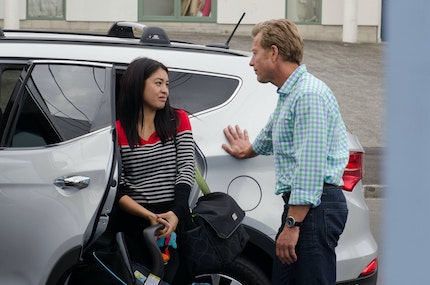 Dave tries to help Azza whose mistakes get bigger and bigger. Cara has a not-so-secret admirer.

Betty’s in labour, and all she wants is Azza by her side. But Azza deserts her when he realises that he’s left baby Moses alone. Looking for Moses, Azza is punched in the face by Liam, who tells him that Whitney found his son on his own.

Azza heads back to the hospital to find his baby already born and Michael by Betty’s side. He walks away, realising he’s too useless to be a dad.

Eugene calls Cara about Dave’s warning visit yesterday. Mortified she confronts Dave who is getting wasted with Azza. She tells him off, and he’s left feeling like a dick. Cara apologises to Eugene and Eugene tells her he is attracted to her, but not to worry, it won’t change anything. Cara can’t help but feel a little flattered.

Xandra tries to cheer Azza up, but Dave urges him to go see Betty. Azza refuses. Meanwhile Betty heads around to the flat, and is hurt and humiliated to find Azza and Xandra having sex.

In a dark place, Julia sleeps with a client, which results in her losing her job. Julia blames Jen’s betrayal on her lack of judgment, and orders her out. Jen turns up at Phil’s with her belongings.

Dave apologises to Cara for interfering, but Cara, feeling good from her talk with Eugene, is more than happy to forgive and forget and apologises too. Happy, they make love.