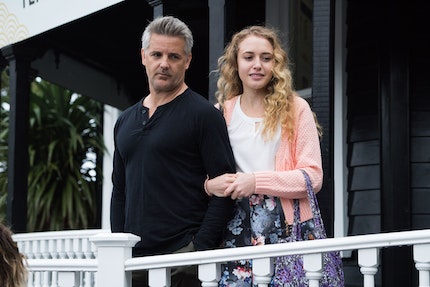 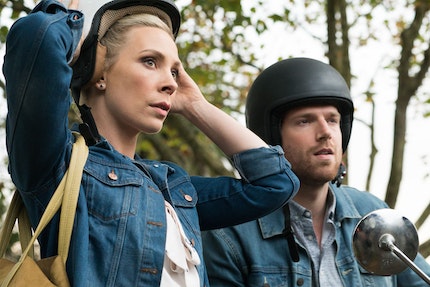 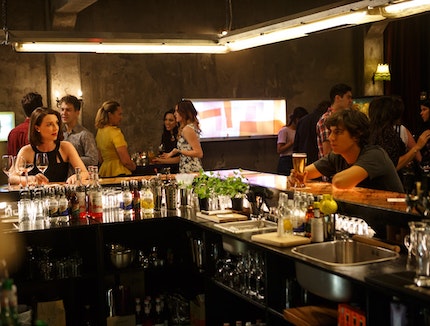 Cara and Dave face off with Eugene. Dave makes an amazing discovery.

Cara and Dave steel themselves for a youth justice meeting for Jasmine. An initially pleasant Eugene changes his tune, and when he verbally attacks both Jasmine and Scarlett, Dave puts him in his place.

After awkwardly bumping into Phil, Julia is further destroyed when she has to share her sister and a glass of wine with Jen. Heading to the bar straight after, Julia drunkenly promises depressed Azza that they will take on Michael.

The next day Julia sets about making over Azza, including getting him a pedicure from poor Jen. When Jen recounts this to Phil, he is quietly amused at Julia’s antics.

Dave is upset when Cara tells him they are stuck with Eugene as a business partner. Scarlett interrupts telling them that she has been accepted on an exchange to Italy. Although Cara is sad to lose her daughter, she’s aware that it might be good for Scarlett to get away from the Liam situation.

At work Eugene gets another dig in about Jasmine, and Cara can no longer bite her tongue. She and Jen walk away from Temptation. Dave is stoked that they are free, but then makes an amazing discovery- a positive pregnancy test in the trash.

He’s going to be a daddy, and he’s okay with that.