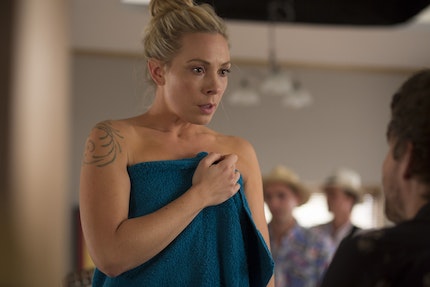 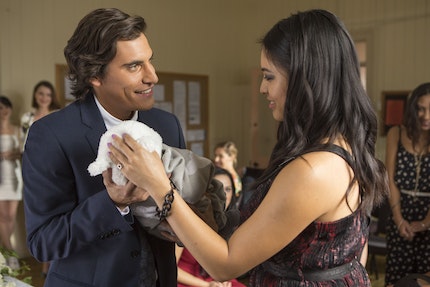 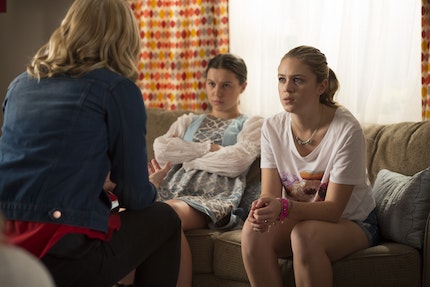 Dave has a big surprise for Cara but she has an even bigger one for him. Julia has a wedding to derail.

Dave proposes to Cara, and she says yes, but doesn’t share her pregnancy news with him. Ring shopping, Dave asks her about it, but Cara is shocked – she’s not pregnant.

Cara’s thoughts fly to either Jasmine or Scarlett, but they both deny it. Cara realises that Dave is gutted and that the only reason he proposed was because he thought she was pregnant. She calls off the engagement.

Bianca-Faye offers Jen the money for her half of the house, but Dylan, dumped by Alec for Bianca-Faye, urges her not to sell. Jen tells Phil about the pregnancy test, and when Phil is gutted that it might be Julia’s they both realise their relationship is over.

Cara tries to talk to Dave about their future, but he avoids. Julia urges Michael to do the right thing, and he finds solace in Georgia. Julia drags Azza off to find Betty, and after a heart felt plea she takes him back.

At a celebration at the bar, and Jen tells Cara that she’s sold her part of the house and they have money for a new spa. Phil tells Julia that he loved what she did for Azza – it looks like they could get back together.

Cara has suspicions that the pregnancy test was actually Scarlett’s, and when confronted again, Scarlett confirms. Dave comforts Cara, and tells her what he’s been trying to say all day – he loves her and she’s enough. He proposes again, and Cara says yes.

‘ECLIPSE THE NIGHT AWAY’